The Caterpillar Fungus Behind G.O.A.T Fuel Has Jaqui Rice Giddy

Cordyceps is a parasitic fungus that sprouts long, slender orange stems out of the heads of certain dead caterpillars in the high mountain regions of China. For G.O.A.T. Fuel energy drink founder Jaqui Rice, they are a thing of beauty.

Found in traditional Chinese medicines for centuries, these mushrooms have been used to treat everything from fatigue and kidney problems to low sex drive. It’s the secret ingredient in the low-carb brightly colored energy drink developed by Rice and her “Greatest of All Time” dad, NFL wide receiver Jerry Rice.

“My dad is like the bionic man,” entrepreneur Rice tells L.A. Weekly at the North Hollywood headquarters of G.O.A.T. Fuel, the first all-Black-owned beverage company in the energy space. “While me and my fiancé, Trevion “Tempo” Stokes, were dragging ourselves out of bed, Jerry at age 58 is on the Peloton every day at 6 a.m., meticulous about everything that goes into his body. We wanted to put that into a can.”

The younger Rice was already an energy drink devotee, but wanted to see a cleaner version on store shelves and used her business experience to launch the company in December of 2019. The keto-friendly drink is the only one on the market that uses mushrooms, has no preservatives or sugar, 200 milligrams of natural caffeine, 10 different vitamins, electrolytes and green tea with epigallocatechin gallate, which is said to boost metabolism. Four flavors include blueberry lemonade, peach pineapple, tropical berry and pink candy and come in at 10 calories per can.

“Tempo and I are really into mushrooms. They are amazing,” says the Georgetown University graduate. “They’re so intelligent, there are so many of them, they’ve got their own kingdom. We did a lot of research and became more and more fascinated with them. Why not put them in a drink?”

Through research, she came across the tale of the charming caterpillar fungus.  According to Rice, the story goes that goat herders in the Himalayas noticed their flocks eating something out of the ground that made them more energetic and vibrant than usual. So the herders took the fungus back to their villages and tried it for themselves. In traditional Chinese medicine, cordyceps would be used in soups to help the body utilize more oxygen. They found that it gave them energy and their respiratory systems started working better.

Together with Chief Creative Officer Stokes and her Executive Chairman Hall of Fame dad, the team did an all-out blitz of tastings at their Benicia, CA flavor house starting in 2018 as well as nailing down distributors and manufacturers. Using the Rice business acumen, they launched online to great success at the end of 2019, right before the pandemic shut everything down. Raising money was another feat in and of itself. The last check from investors came in out of New York on the same day that Gov. Andrew Cuomo announced a state of emergency. The former San Francisco 49er would sit in on distributor meetings and sales calls, never missed a formulation meeting and did production runs together for days at a time alongside his daughter, flying in from the Bay Area where he lives.

“He’s always been very disciplined,” she says. “That ethos has transferred into the beverage and our company culture. We’re a small team of six, but we’re all driven and ambitious. When you have something that says “Greatest of all Time” on the can, the bar is set kind of high.”

“As for the future, I do feel there’s a long way to go, but I’m so inspired by seeing how people have rallied behind Black businesses in the last few months,” says Rice. “2020 was an eye opener. It’s great to look at how many people are paving the way now, starting with this administration. It’s exciting to see that we’re on the right track to have some equitable things happen in this country and change it for the better. ” 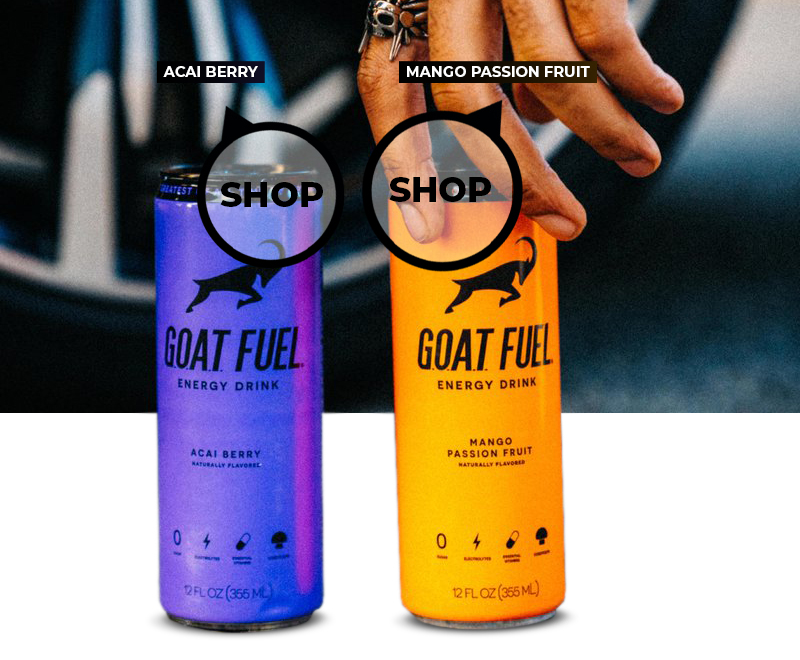