If you’ve chosen to live the vegan lifestyle, then chances are, you’ve heard it all.

From the lie that there’s not enough protein on the vegan diet to grow your muscles to the myth that vegans don’t make world class athletes. But when have rumors held you back in the past? We’re here to go beyond rumors and speculation, to get to the bottom of how vegans are able to build significant muscle. We discuss how hard-hitting vegans like UFC star, Nate Diaz, came to embrace veganism.

Can you name three vegan athletes?

Not only are vegan athletes becoming more common, but many of them have serious muscle that helps them excel in challenging sports. Ever heard of Mike Tyson? What about Nate Diaz? See why veganism is becoming the optimal diet for those who train their body for professional fights, sports, and other grueling challenges.

Three days after choking out Conor McGregor, Nick Diaz, the twin brother of Nate released a Tweet that says it all:

“Conor McGregor got his ass kicked by a vegan.”

Many thought McGregor had become unbeatable and many others assumed that the vegan diet couldn’t sustain high-level athletes. But Nate Diaz is no stranger to shattering stereotypes. Known as the fighter who relentlessly moves towards opponents with expertly timed punches, Nate Diaz does not back down from haters or adversity. Fueled by a plant-based diet, he’s established himself as the bad boy in the ruthless world of mixed martial arts.

Why Did Nate Diaz go Vegan?

Nate was familiar with the vegan lifestyle because his older brother Nick was a staunch vegan. For Nate Diaz, his transition into veganism occurred when he was 17. After cutting out dairy for one month in preparation for a fight, Nate sat down to a bowl of fettuccine alfredo afterward, thinking “Finally, I get to eat what I want.”

After dealing with a headache and sick feelings that followed, Nate decided “Ok, I don’t need that anymore.” Now an outspoken advocate of the vegan lifestyle, Nate Diaz stands up to fighters who think meat is necessary for achieving peak performance: “If anything, meat’s gonna slow you down.” Nate explains. From defeating the undefeatable to speaking his mind on veganism in a sport full of savages, Nate Diaz is the quintessential vegan badass. 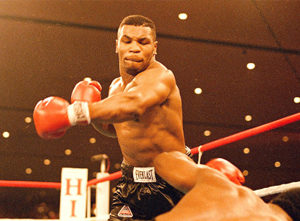 Mike Tyson
Boxing Legend who has Since Embraced Veganism

When most people think of the one person they would never want to fight, Mike Tyson’s name comes to mind. Known as a legendary heavyweight boxer with knockout power in both hands, Mike Tyson has recently made a public effort to give up his destructive habits and become healthier.

Iron Mike hasn’t always been vegan, but when he recently wanted to lose weight and detox his body, he chose to commit to a plant-based diet. Tyson has gone on to lose 100 pounds since going vegan.

Mike Tyson Explains How His Life Improved By Becoming Vegan

In an appearance on Oprah Winfrey’s Where Are They Now, Tyson elaborated on his decision to go vegan:

“…becoming a vegan, it gave me another opportunity to live a healthy life. I was… so congested from all the drugs and bad cocaine. I could hardly breathe, high blood pressure, almost dying, and arthritis. Once I became a vegan, all that stuff diminished.”

It’s easy to forget that many athletes who appear invincible are often fighting their own private battles. Such is the case with the winner of seven major titles in professional tennis, Venus Williams.

After an unusually rough season filled with injuries, Venus Williams sought medical guidance. She was diagnosed with the autoimmune disease known as Sjögren’s syndrome, a disease that causes severe joint pain and fatigue. For a professional tennis player in her prime, this was a dire diagnosis, and it even caused her to withdraw from the 2011 US Open. Only when the disease threatened to take away the sport she loved did she consider making a major dietary change.

Venus Williams credits her decision to go vegan with instilling new life into her professional tennis career. When asked about the impact veganism has had on her game, Venus explains how the vegan diet changed every aspect of her life:

“It definitely changed my whole life. It changed the pace that I live at. It changed everything. There are definitely challenges, though, but it’s about how you face them and how you come on top so you can live in a way that is acceptable to you. So, it has been wonderful to still do what I love. And even though I still have issues, it doesn’t mean they’re going to stop me.”

It’s been years since her fateful diagnosis, and since then, Venus Williams has only improved. She continues to dominate at the top levels of tennis.

Austin Aries
WWE Pro Wrestler Who Champions the Vegan Cause

While people’s opinions of the high-flying entertainment sport of pro-wrestling may differ, no one can deny that wrestlers are athletes. Many elite wrestlers reach the top ranks of popularity, performing in front of tens of thousands of people and writing successful books on their life. However, one wrestler has set himself apart from the rest of the locker room – meet Austin Aries, the vegan pro-wrestler.

Growing up in Milwaukee, Wisconsin, Austin Aries was exposed to endless amounts of cheese, brats, and beer that the city is famous for. However, he eventually realized that eating clean has significant benefits, benefits that boosted his energy level, physique, and performance. In 2011, Aries announced that he was 100% vegan, and since then, there has been no stopping him.

“For most people growing up, the criteria is, does it taste good, how fast can I get it and how cheap is it? What that shifted to, is it good for me, how much nutritional value am I getting from my dollar and where did it come from? With that, you look at food a whole different way.” 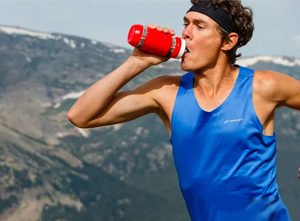 Champions at endurance sports don’t typically get as much publicity as other athletes. Even if you’ve never heard his name, you’re sure to be wowed by his unmatched accomplishments:

A former meat-eater, Scott Jurek began experimenting with the vegan diet in college. The motivation for his decision came during his time working in hospitals as a physical therapist. He realized that the numerous diseases and conditions that people suffered from derived from their diets. Plus, he knows that certain diseases ran in his family and that he needed to take action to stay healthy. These realizations led to his commitment to being vegan.

Now 41 and relatively free from injuries, Scott Jurek credits his ability to stay successful on the track to his strict following of the vegan diet.

What Kind of Awesome Vegan Will You Be?

Now that you know that the vegan diet fuels professional fighters, wrestlers, athletes, and runners, there is clearly no end to its potential. Whatever your sport, activity, or passion, the vegan diet will fuel you, providing the strength to perform at your best. Whenever they need to put it all on the line to defeat an unstoppable opponent or win a 100-mile race, these elite athletes remind us that filling your body with quality ingredients results in more energy for doing what you love.

Bhu Foods will be there to support you through your pursuit to become vegan. Try some of their products below to get the most of your vegan lifestyle.

*Europa Sports LLC does not own the rights to the content within.