The Essential Elements for Losing Fat and Gaining Muscle 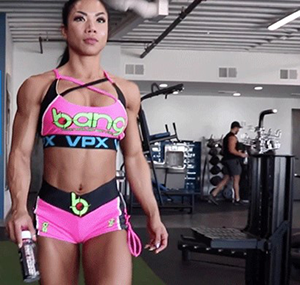 Nearly every athlete and fitness enthusiast strives to lose body fat while gaining more muscle at the same time. If you were to ask the leading experts in exercise science what the secret is, they would undoubtedly say that every person is different. Still, general recommendations to gain muscle and lose body fat are:

Ultimately, the point of this article is to demonstrate that increasing your sets, along with your whey protein intake, can lead to increases in lean muscle and reduced body fat. There are entire books written on these subjects, of course, but here is an easy way to apply these principles to your life today.

An abundance of research proves a faster way to fat loss is through high-protein consumption. The more protein in your diet, the more lean muscle mass you gain and maintain. Based on current research, the best diet for fat loss typically involves a high-calorie, high-protein diet. 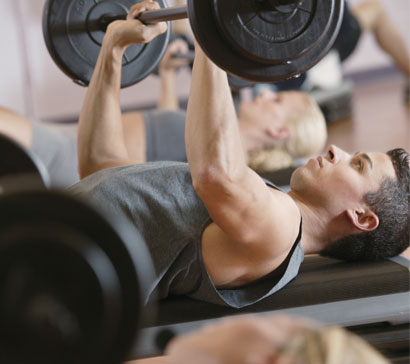 Muscles grow in response to tension. Increasing tension on the muscle is accomplished through more repetitions, sets, or weight. The current research suggests that training close to the point of muscular failure is optimal for muscle growth. This defies what generations of lifters believed.

While powerlifters and famous bodybuilders would train until complete failure, new research suggests this method leads to inferior gains in lean mass compared to those that stop short of failure.

The rationale is that training to failure each set overwhelms the nervous system, leading to prolonged recovery time. To put it simply, resistance training to build muscle shouldn’t be focused on reps to failure. Instead, exercise until you feel you have 1-2 reps left in the tank.

The old myth “GO HEAVY OR GO HOME” has been thoroughly debunked. Current research suggests that both light and heavy weight can increase lean muscle mass. If you want to build strength, you must train with heavy weight, but putting on muscle mass is another story — as a 2016 study aptly demonstrated.

At the end of the study, both groups gained a similar amount of lean mass, but the heavyweight group gained more strength.

Thus, it’s clear: Increases in muscle mass can be accomplished by using both heavy and light amounts of weight.

While it’s generally recommended that lifters perform a minimum of 10 sets per body part, this set count is highly controversial. Much of the meta-analyses (collection of studies) have been performed on “newbies,” i.e. those just starting to train. What about those gym rats like the Bang Energy consumers who have been using Bang Master Blaster and pumping iron for years?

Resistance training to build muscle isn’t always effective with the 10-set rule — especially for those who love to train.

Cody Haun, Ph.D., conducted a six-week study on training volume that used well-trained men who had already been performing resistance exercises for an average of five years.

On average, each subject could barbell back squat 1.75 times their body weight. They trained at 60% of their one-rep max (1-RM) and did ten reps per set, which is typical for most bodybuilding programs. Subjects were instructed to continue lifting until they had about 3-4 reps left in them.

The researchers divided the men into three groups:

The researchers measured body composition throughout the entire protocol. The study also used a registered dietician to ensure the subjects consumed enough calories throughout the six weeks. Although each subject consumed identical amounts of protein, the GWP supplemented protein with whey protein from supplements, while other groups relied solely on food.

According to DEXA measurements, all groups in the six-week study gained lean mass; however, the group that consumed the GWP, or increased their whey protein intake each week, gained the most lean mass and lost body fat.

All subjects still gained lean mass in the absence of training to failure, but certain subjects’ peak gains occurred at 20 sets per week. This study suggests that well-trained athletes may need more than ten sets per body part to gain lean mass. Keep in mind this was a very small study, but it appears lean mass peaks: 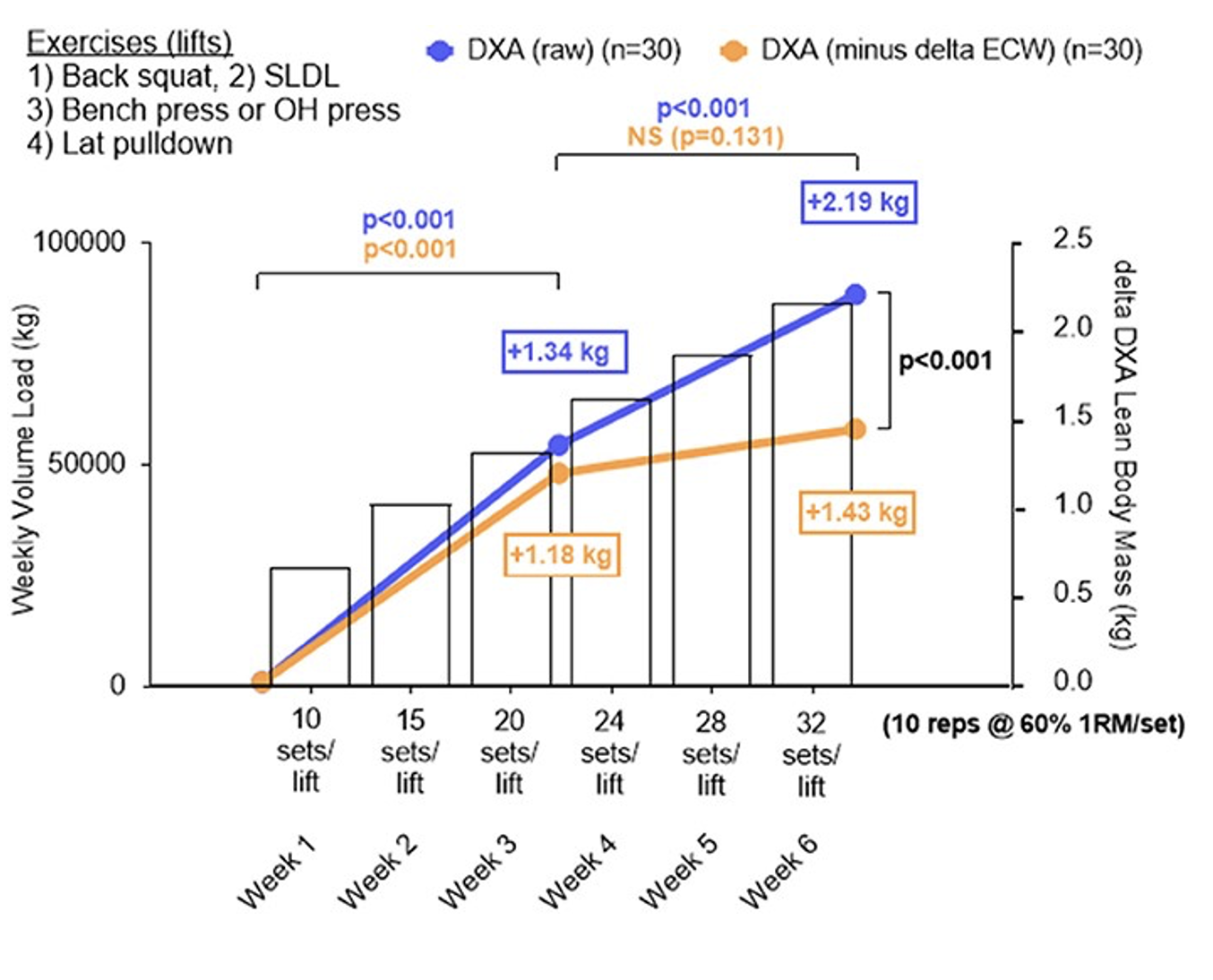 Another interesting finding is that a greater amount of whey protein may facilitate gains in lean mass. The graded whey protein group also lost more body fat, but this may be due to a lower caloric intake and larger doses of whey protein. It’s well known that whey protein boosts hunger-suppressing hormones and reduces food intake.

For anyone wanting to experiment with resistance training for weight loss, start with ten sets per week and gradually increase the number of sets until that number doubles per week. Once you start exercising each body part 20 times, increase the dosage of Protein. When performing 20 sets per week, you should be consuming 60 grams of whey protein isolate post-exercise.

On training days, subjects still consumed 60 grams of whey protein isolate, before replacing meal protein with whey protein. Any famous bodybuilder will tell you how bland and tedious this can be. Fortunately, Protein Whey Protein Isolate is one of the most effective supplements for muscle growth and fat loss — but it’s also delicious. When you add this supplement into a diet program, it’s like adding a treat that can be used in place of a meal.

It should also be mentioned that everyone responds differently to training. Just because some see progress in lean mass as the exercise sets ramp up, others may not. The only way to know if it will work for you is to give it a shot and see what happens.

Who knows? You may find a new way to build muscle and lose fat!